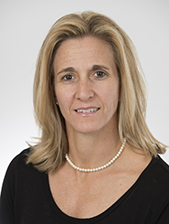 END_OF_DOCUMENT_TOKEN_TO_BE_REPLACED

With a 74-55 victory over Brewton-Parker on January 7, 2016, Kennedy became the all-time winningest women’s basketball coach in Loyola history with 169 career victories.

Last year, Loyola finished the season with a 23-8 overall record and a 14-4 mark in Southern States Athletic Conference action. The Wolf Pack won its second-straight SSAC Tournament title last season and qualified for the NAIA National Championship for the eighth time ever and fourth time in five seasons under the direction of Coach Kennedy.

Coach Kennedy’s squad won its first ever SSAC Championship Tournament title during the 2014-15 season. The team also began the season 14-0, which marks the best start in program history. Kennedy’s team finished the 2014-15 season with a 27-4 record overall, advancing to the opening round of the NAIA National Championship. Their 27 wins are the second most in program history and their winning percentage of .871 is the highest in Loyola history. Three players were awarded both SSAC All-Academic and NAIA-Daktronics Scholar-Athlete honors. Two athletes earned a spot on the First Team All-Conference, while one player secured Second Team recognition. Kennedy’s team also boasted one WBCA NAIA All-American and a NAIA All-America Second Team selection, in addition to two athletes earning WBCA NAIA All-America honorable mention.

In her inaugural year, Kennedy guided the Wolf Pack to a GCAC Regular Season Championship, GCAC Tournament Championship, and a berth to the NAIA National Tournament. Coach Kennedy has won 156 games in her eight years at Loyola.

Kennedy joined the Wolf Pack after serving as an assistant coach and recruiting coordinator at Tulane. During her time at Tulane, the Green Wave saw an impressive eight-year run at the NCAA tournament. While at Tulane, Kennedy also won five Conference-USA Championships and coached four WNBA players. She left the Green Wave following the 2005-06 season to enter private business.

Kennedy arrived at Tulane in 1996 after one season as an assistant coach at the University of Richmond. From May to July of 1996, she served as interim head coach of the Spiders.

Prior to joining the Richmond staff, Kennedy was the head coach at Division III Hollins College in Roanoke, Va. from 1993-95. During her time at Hollins, she served one year on the NCAA South Regional Committee. Kennedy was also the head soccer coach and an assistant professor of physical education at the Virginia school.

Kennedy landed at Hollins after three seasons as an assistant coach at UNC Wilmington from 1990-93. While at the school, she worked with all facets of the program, including planning preseason and postseason workouts, scouting and recruiting. She also earned her master’s degree in business administration from UNC Wilmington in 1993.

A 1990 graduate of the University of North Carolina, Kennedy was a four-year letter winner for the Tar Heels. She earned Most Improved Player honors in 1988 and was the recipient of the 1990 UNC Athletic Director’s Scholar-Athlete Award and UNC Women’s Basketball Senior Award.

Kennedy also earned recognition on the Atlantic Coast Conference Academic Honor Roll in 1989 and 1990, qualifying for inclusion on the Dean’s List both years.

The summer prior to enrolling to UNC, Kennedy was selected to play on an AAU Junior Olympic Development team called the Charlotte Monarchs. The Monarchs won the 18 & Under Junior Olympic National Championship.

A native of Concord, N.C., Kennedy was a four-year basketball standout at Concord High. She was twice named MVP of her prep team. During her senior year, Kennedy led the team to the Conference Championship and the State Final Four. That same season, she was named to the Western Region All-Tournament team. She was a three-time All-District selection while in high school.

Kennedy is the mother of Raleigh Kaiis Kennedy.