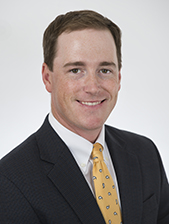 END_OF_DOCUMENT_TOKEN_TO_BE_REPLACED

Drew Goff is currently in his third season as head coach of Loyola's men's and women's golf teams after elevating the program to new heights in each of his first two seasons.

Last season, he guided the women's team to the NAIA National Championship, where they finished 17th overall. Earlier in the season, the women's team entered the NAIA Coaches' Top 25 Poll for the first time in school history following the team's victory at the Coastal Georgia Invitational, the third team title in Loyola history. Four members of the women's team earned SSAC accolades, including Madison Bates, who was named to both the All-Conference and All-Freshman teams.

On the men's side last season, Goff coached Philip Nijoka to three individual tournament victories, a spot in the field at the NAIA National Championship, and an SSAC All-Conference selection for the second-straight season after becoming the first All-Conference selection in school history in 2017. He also coached the men's team to a victory at the Redhawk Fall Invitational.

Goff joined Loyola in 2016 after spending four years as an assistant professional at the New Orleans Country Club.

He is no stranger to the Southern States Athletic Conference, as he was a member of the William Carey golf team from 2007-09. Goff served as team captain for the Crusaders during his senior year and was named All-GCAC and All-Region XIII during the 2007-08 season.

He started his collegiate career at Mississippi Gulf Coast Community College, where he was a member of the golf team while earning an Associates of Arts degree. During his time with the Bulldogs, Goff earned All-Region and All-State honors.